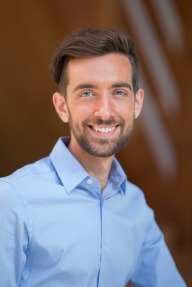 Laurent Amann French and grew up in Luxembourg. He is a best-selling author, behavioral biologist, dog and horse trainer, shamanic healer, animal psychic and intuitive animal communicator. With over 1.2 million YouTube views and numerous media appearances, including on RTL and ORF, he is known as the "Animal Whisperer" in German-speaking countries. Laurent Amann combines behavioral biology and animal training with shamanic spirituality, bringing new awareness for the feelings and soul of animals. Moreover, with his talents as a shamanic and energetic healer, he helps people find their inner balance and awaken their true nature.
Laurent Amann studied behavioral biology in Luxembourg and France and worked for several years as a scientific researcher in animal cognition at the University of Vienna, Austria. He then immersed himself in animal communication and shamanism and discovered that already as a child he communicated telepathically with his own animals and educated them intuitively instead of following the common rules of forced submission.
Today, Laurent Amann combines behavioral biology and animal training with spirituality, brinding a new awareness for the animals’ feelings and souls. He is also a sought-after trainer and course leader and teaches people to strengthen their communication and empathy skills in order to better understand animals and their needs.
Laurent Amann also advises operators of farms, horse stables, state animal shelters, nature reserves and zoos on creating healthier living conditions for their animals.
Animal whisperer Laurent Amann lives in France on the Côte d'Azur and in Luxembourg. He travels to German-speaking and international countries for his work.

After his academic education in cell biology and master study in animal behaviour and ecophysiology in Luxembourg and France, Laurent Amann moved to Vienna for new challenges as scientific researcher in animal behaviour. At the age of only 24, the French-Luxembourger begins to investigate the social and learning behaviour of parrots at the Konrad Lorenz Institute of the University of Vienna, Austria.

But he soon loses his interest in scientific research. In his work the young biologist gets confronted and pulled up by the fact that neither the feelings nor the spirit of the animals are accepted as part of his scientific work. So far, they were still completely undiscovered and the scientific team had no interest to investigate them.

This didn’t stop the behavioural researcher to ask totally new questions such as: What do animals take in when they communicate with us humans? Do the rely mostly on our voice and body language or do they perceive much more subtle signs? What needs do animals have in addition to their biological needs? Do they also have a soul with a specific purpose on earth and significant messages for us? What do they feel and think? And what is the real cause of them coming into our lives, getting sick, misbehaving and eventually passing away? Do animals and humans meet only by chance or is there a deeper meaning behind us getting together?

The scientific research field wasn’t the right place for Laurent Amann to find answers to these questions. He therefore decided to abort his PhD study just before publishing and to start his own path in life and carrier. After individual private trainings in animal training, psychic and energetic healing as well as intuitive animal communication, combined with his academic education, he had all the background he needed to explore the existence of the soul, the purpose of animals on earth, their benefits for us humans and of course the feeling and thinking abilities of animals.

Exactly at this time of massive change, both privately and professionally, a black standard poodle named Rio entered the animal whisperer’s life and encouraged the transition. The young puppy reflected Laurent’s eating disorder, thus helping the further researcher to free himself from this complaint. At the same time, Laurent got his diploma in dog training and rehabilitating and soon had his first clients looking for support with their aggressive or anxious dogs. As a dog trainer, he realized that the solution to those problems were not to train the dog per se, but to work with the owner. Most misbehaving dogs wanted to direct the owner’s attention to their own struggles in life, like Rio did with Laurent’s eating disorder. If we want our animals to heal, we must heal ourselves. We must understand why our pet is ill or misbehaving, what message is hidden behind this problem and what he wants us to learn from it in our own life. If we listen to the animals’ messages and accept their help, we will be able to live a healthier, happier and fulfilled life.

The Austrian national television, ORF, soon became intrigued by Laurent Amann’s particular work. They decided to document his fascinating approach to deal with horses’, dogs’ and cats’ most common problems and broadcasted his work for more than a year at their best transmission time. His unique positioning as animal whisperer combining elements of animal communication, mental coaching, behavioural biology and spirituality changed the life of thousands and thousands of pets and their owner. His new education system, completely free of punishment, violence and physical dominance, and instead based on trust, mutual respect and deep purpose is what pet owners want to experience right now.

In addition, Laurent Amann got branded as a specialized journalist for major animal magazines and won increasingly more interest from German-speaking media. At the age of 30, the animal communicator published his first book „Mein Hund hat eine Seele“ (eng. My dog has a soul), together with the spiritual coach Asim Aliloski. The book immediately storms the bestseller lists and stayed at the top for several weeks. The medial attention for his work grew bigger. Special topics such as animal spirituality and energy healing stand prominently in the interest of the public.

Also in his homeland Luxembourg, Laurent Amann is a famous personality. The national television and radio station RTL like to invite him to live recording and different shows to discuss tricky animal topics. The major print media of the country regularly report on the exciting work of the animal whisperer.

In 2015 Laurent Amann took over the patronage of the farm animal rescue centre “Gut Riedenhof” in Lower Austria. His voluntary work aimed to support the traumatized animals, and bring awareness for their history and feelings. It was documented by one of Austria’s biggest media publishing house NEWS and transmitted online.

Laurent Amann also supports farmers, animal rescue centres, natural reserves and zoo operators who want to create the best natural conditions for their animals and to fulfil their integrated needs. 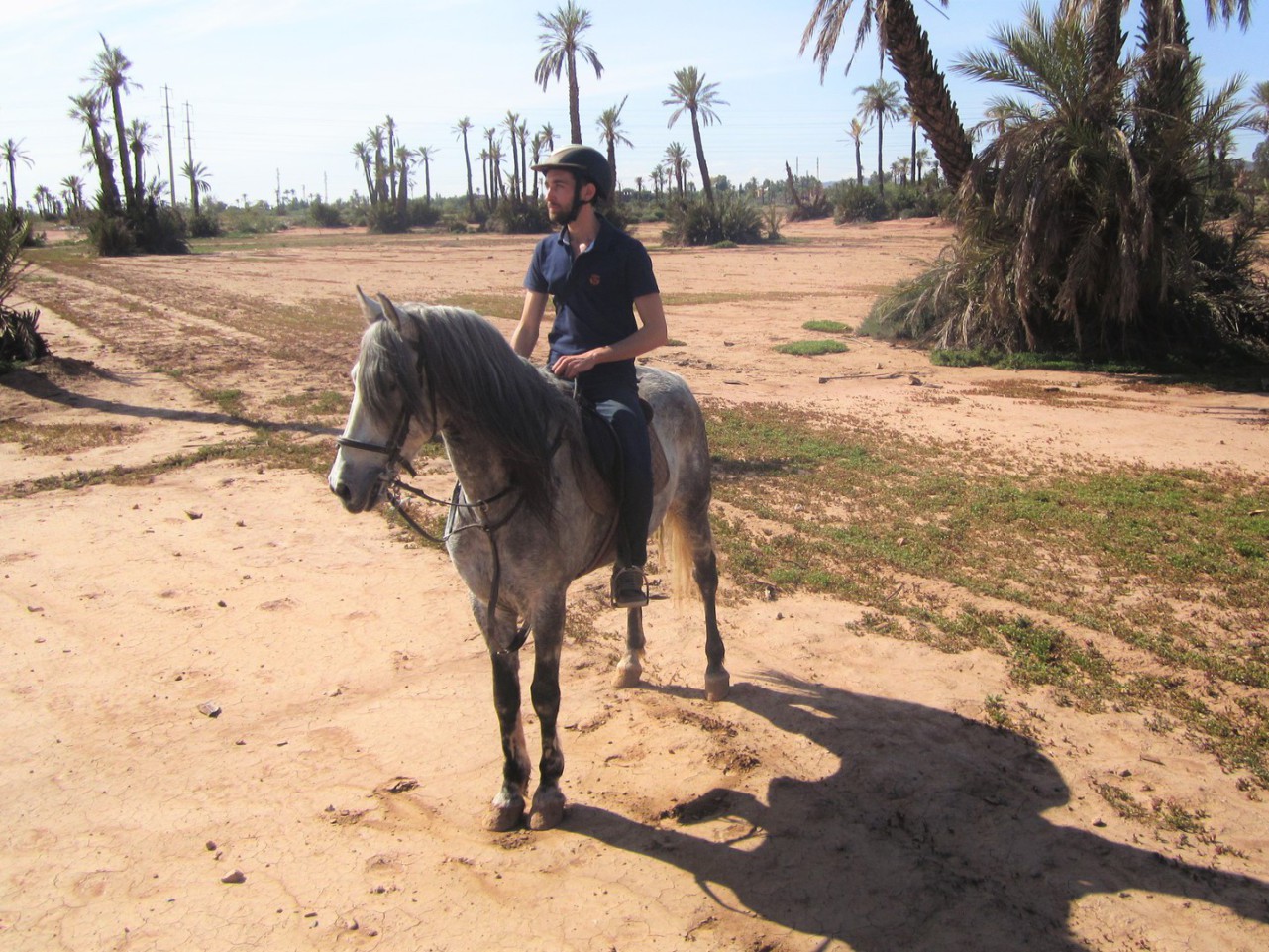 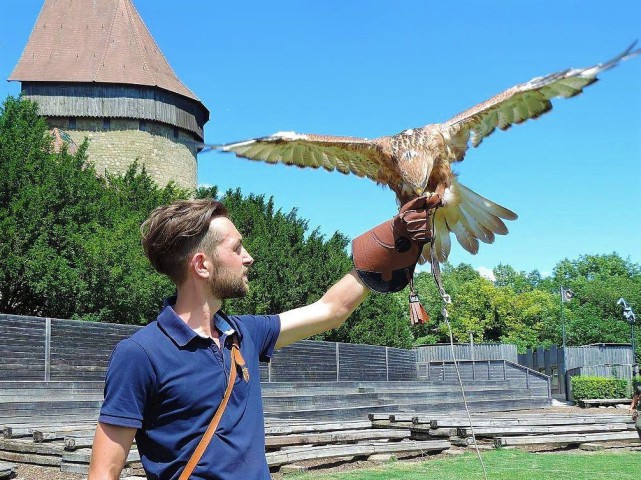 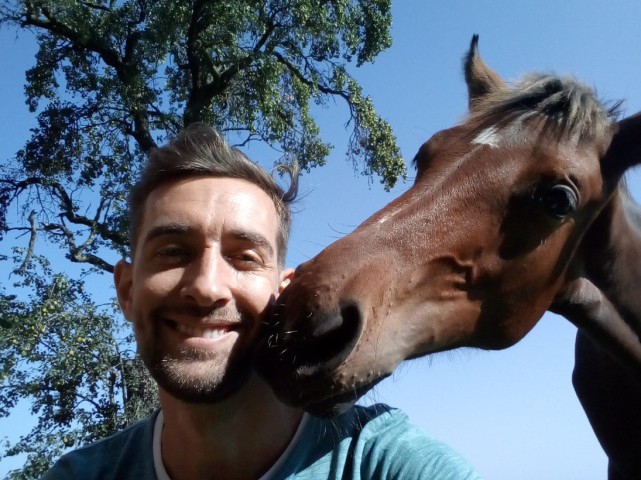 What my own animals taught me

At the age of 24 I began my career as a young researcher at the University of Vienna. My topic was mainly to explore the social learning skills of parrots, beginning with their capacity of finding hidden food. Even though I was hidden in the office, more than 10 meters away from the aviary in which the testing took place, the birds had better results than my team expected, raising the question of how I influenced the behaviour of the parrots. While continuing the experiments in a dryly controlled way, I never got the question of how I influence the animals out of my head. And one day I woke up and had the answer: I believed in my birds, was proud of them and imagined in my head the birds doing exactly what would deliver their rewards, which created a positive result for my test. This was, of course, not accepted in the scientific world.

I soon turned away from this extremely restraining scientific research and started to investigate the emotional and spiritual life of animals. But with this professional re-orientation also came phase of emptiness, professionally and privately. That was the time I chose to take a puppy into my life. I thought he would help me relax and think about other things than my actual struggles, but that is not what he was planning to do. In fact, he ate very irregularly, without pleasure and without desire. Just taking in the minimum he needed to survive. And this caused a great deal of concern for me, even more than I had with my re-orientation crises.

When even the best food stopped motivating him to eat and I couldn’t help but see how he became thinner and thinner, my partner helped me realize one thing which was a real revelation for me, my private life, as well as for my career as animal whisperer: My dog was copying me. He was showing the exact same eating disorder I had. And thanks to my puppy, I realized for the first time, that my own eating pattern was to be taken seriously because it was slowly destroying me. Understanding this message from my dog gave me the courage to heal. As I healed, my dog did as well.

What I learned on my healing journey, together with my dog is, that animals have souls. They have a very precise purpose in life. This purpose is to speak from soul to soul with us, sending us messages that can help us live a better, healthier and happier life. Knowing this, I also began to understand my horse’s behaviour.

My horse Viona should have ended in a slaughter house, but got rescued. And even though she was very aggressive and unpredictable, I decided to take care of her and took her home. I was 15 at the time, trying to master this 1m80 highly aggressive mare attacking nearly anybody who dared to approach her. No current education method worked with her. So I did it my own way, following my instincts instead of what was taught to me by experts. I will never forget the moment when I was sitting in the meadow reading a book, like I did nearly every day, sensing that something was approaching me from behind. I didn’t dare to turn around, I just trusted that the right thing would happen. And then I felt my mare touching me softly with her lips, smelling my hair, offering me her trust. I let her soul connect with my soul, helping me and her to break free.

From that day on I have never followed any predefined education method, following my instincts and intuition instead, feeling what the animal and his or her owner needs and discovering a way for them to find it. My sensible, sensitive and shy character is a blessing for this, but it hasn’t always been that way. These exact skills gave me a hard time as a kid. People didn’t understand me, and because of that I secluded myself from the human world and fled into the world of the animals. There, I opened up completely and rediscovered my sensitivity and sensibility, realizing that they are real gifts.

The animals understood my feelings and needs, and I understand theirs. They offered me unconditional love, and so I help people express this love in return. I learned a lot about myself thanks to my animals. And I am convinced that this is a major reason why they come into our life. It is part of their purpose to support us in our own life. All we need to do is care for them, love them, respect them, and they will bring us to closer to our true self. Here lies the magical encounter with animals. 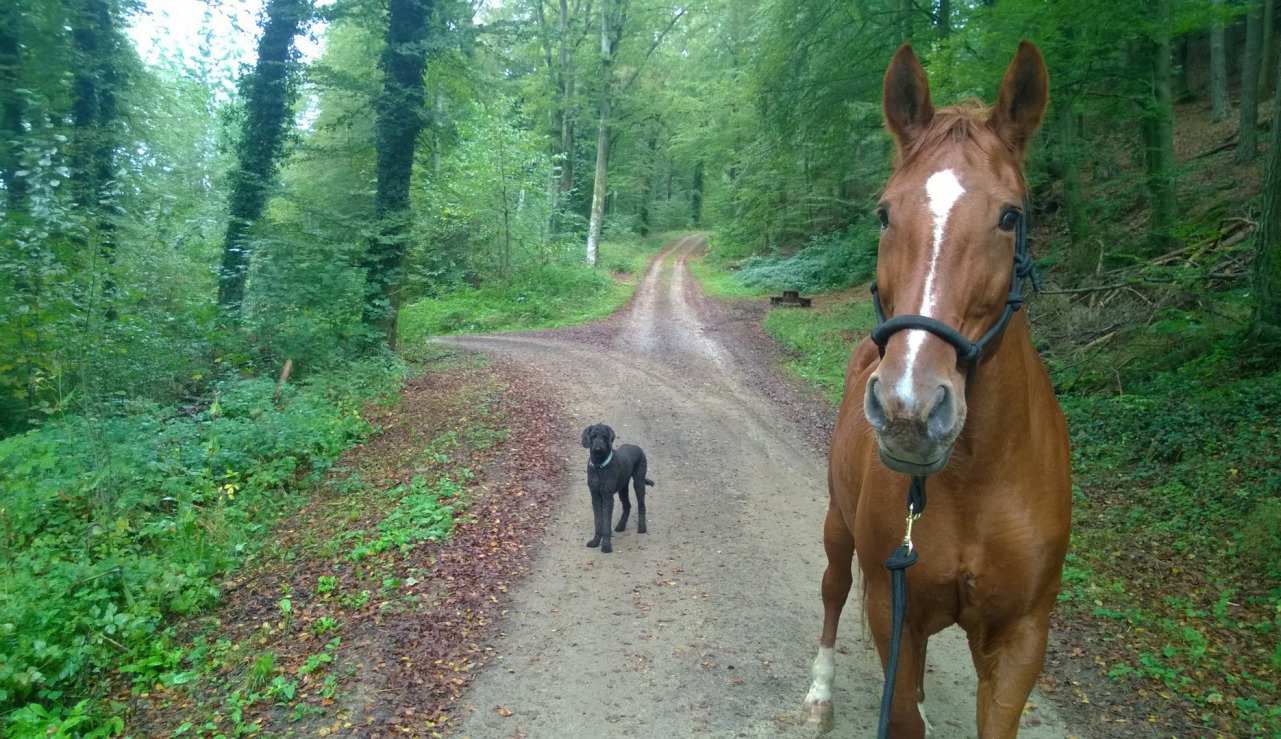 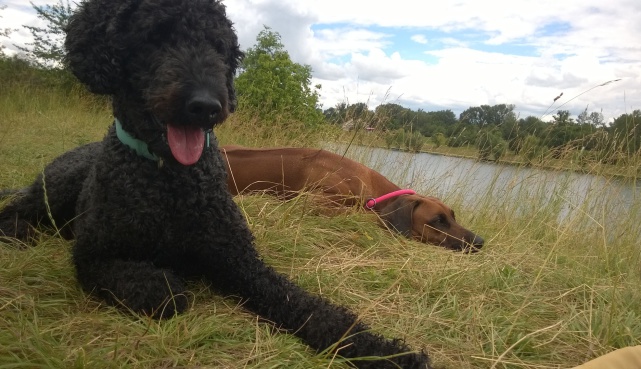 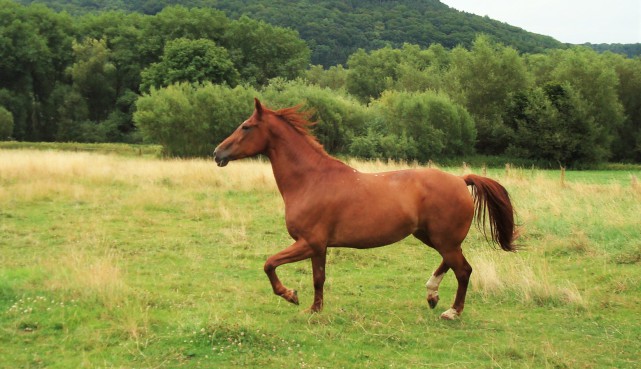 Laurent Amann is inspired by 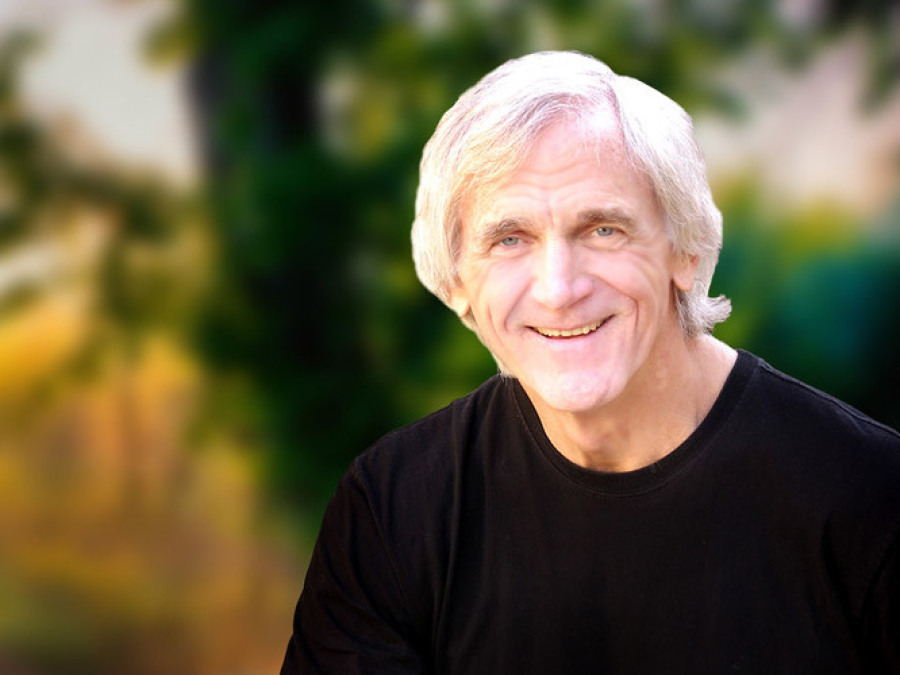 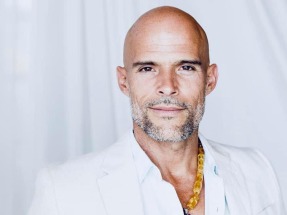 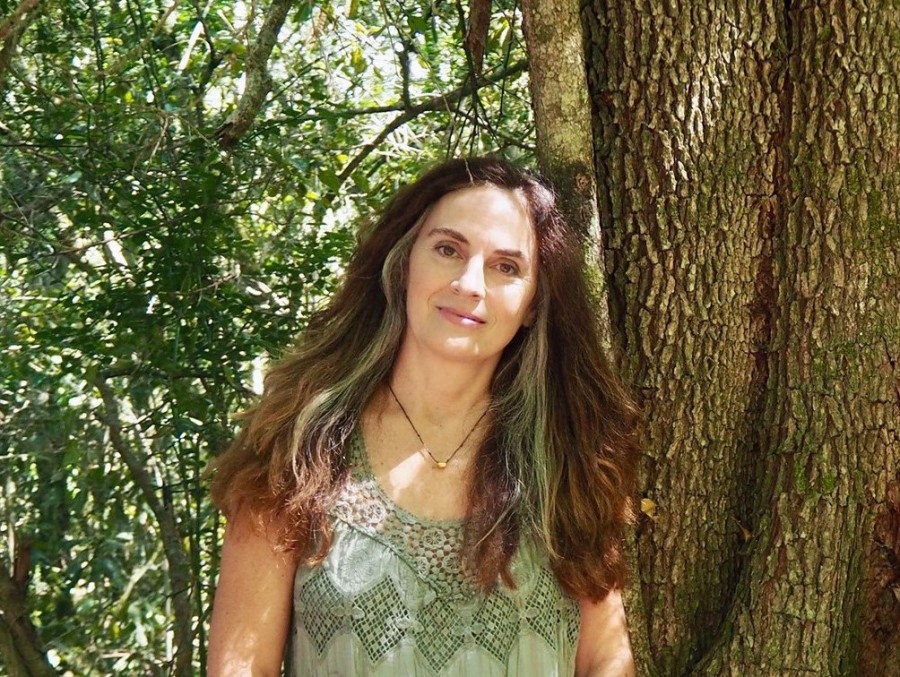 animal communicator specialized in wild animals and their messages for humanity. 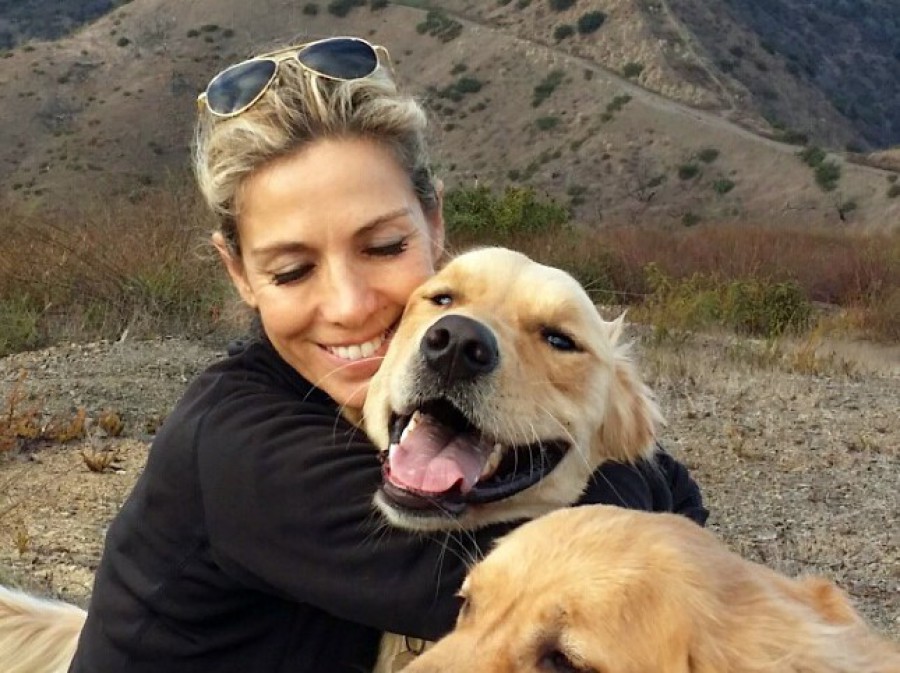 dog training based and love and respect 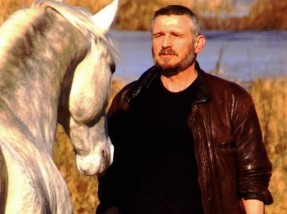 horse training praising a relationship based on connection and respect.